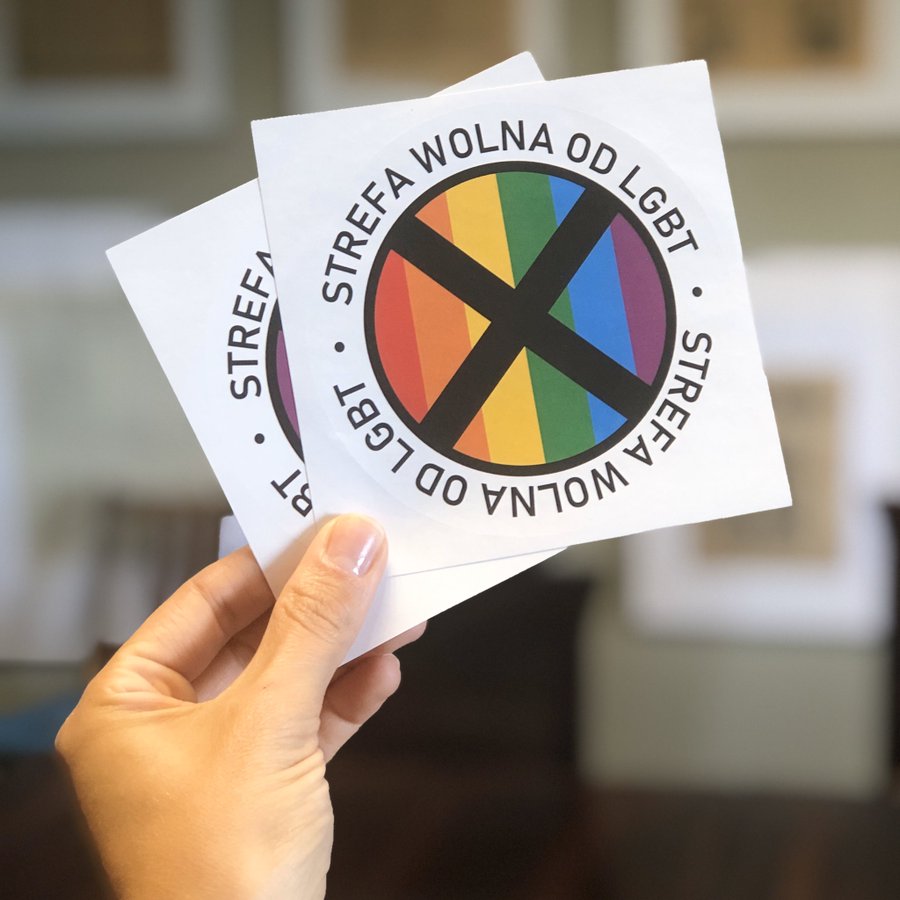 What can be done to support the LGBTI community in Poland regarding the hate stirred through the “LGBT-free zones” and the threat to bring the authors of the Atlas of Hate to trial?

ILGA-Europe is working in close cooperation with LGBTI organisations in Poland, assessing together on an on-going basis how civil society organiations, European and national policy-makers and other authorities can support the Polish LGBTI community in the light of these fundamental rights challenges and a increasingly hateful climate.

Currently, over 100 municipalities in Poland have symbolically declared themselves “LGBT-free zones” by adopting declarations that implicitly or explicitly discriminate against LGBTI people. About 30 of these municipalities have signed a “Local Government Charter of the Right of the Family” initiated by Ordo Iuris, a far right religion based foundation, that has been and still is campaigning among others against LGBTI rights, against non-discrimination education in schools and for a total ban of abortion rights in Poland.

The Charter does not explicitly mention LGBTI people, but calls on municipalities to protect traditional families in all their policies, initiatives and funding. The ‘traditional family ‘is here defined as a (married) union between a man and a woman and their biological children. By calling on only focusing on these kind of families,  the Charter calls for the discrimination of all other forms of families, including single parent families, patchwork families and same-sex couples and their families.  This is incompatible with Art. 71 of the Constitution of the Republic of Poland, which reads: “The State, in its social and economic policy, shall take into account the good of the family. Families, finding themselves in difficult material and social circumstances – particularly those with many children or a single parent – shall have the right to special assistance from public authorities.” and Art. 18 “Marriage, being a union of a man and a woman, as well as the family, motherhood and parenthood, shall be placed under the protection and care of the Republic of Poland”.

In order to raise awareness of the rapid spread of municipalities adopting discriminatory declarations, three Polish LGBTI activists: Kuba, Paulina and  Pawe? have created the Atlas of Hate, a map listing the municipalities that have in one way or another declared themselves LGBTI free zones or adopted discriminatory Charter.

In a statement made on 8th March 2020, Ordo Iuris announced that municipalities who adopted the Family Charter will bring the authors of the Atlas of Hate to Court. They claim that the Charter is supposed to protect families and does not discriminate LGBTI people. According to Ordo Iuris, being mentioned in the Atlas among declarations against “LGBT ideology” is defamatory and violates the reputation of local governments.

The justifications and statements of decision-makers regarding anti-LGBT resolutions and the Local Government Charter on Family Rights leave no doubt as to the intentions of their authors. The resolutions are intended to dehumanize LGBTQ people and reduce them to “ideologies” and lifestyles allegedly threatening the family, and at the same time the Charter discourages employees of state institutions from equality and anti-discrimination measures. Thus, they create an atmosphere of consent to violence against LGBTQ people.

At the same time, Kaja Godek’s Life and Family Foundation have started a new campaign, Stop LGBTI, this time collecting signatures to demand a ban on all Prides in Poland. Authors of the initiative claim the “LGBT movement is increasingly demanding legal privileges. The promotion of this idea is carried out by manifesting in an increasingly perfidious way, disregarding the rights and feelings of the normal majority of society (…) Citizens’ activity can prevent the decay of the moral order that has been taking place in Western Europe for decades. That is why it organizes the #StopLGBT civic legislative initiative, which aims to ban homopropaganda on the streets of Polish cities.”

What you can do?

Apart from blocking any measures and policies in Poland that would ensure protection against discrimination and hate against LGBTI people and ensure full protection of freedom of assembly, all these hateful and discriminatory initiatives create a climate of hate that is impacting on the LGBTI community and has already been translating to significant increase in hate crimes.

Today, the Advocate General of the CJEU has issued an opinion in the case of J.K. vs the Polish public broadcaster company TP, stating that discrimination based on sexual orientation in employment is not acceptable under EU law.
read more
News

Right now, as the war on Ukraine escalates, democracy, human rights and equality matter more than ever in Europe. In our submission to the European Commission’s annual Rule of Law report, we’ve identified key trends in the systematic attacks on the rights of LGBTI people across EU member states.
read more
News

While Poland keeps attacking LGBTI people and their rights, ILGA-Europe have signed a joint letter along with 86 other NGOs asking EU Ministers to take action.
read more
Blog

As 2021 comes to an end, we have collected some of the moments, events and trends that have marked the year in the latest episode of The Frontline, ILGA-Europe’s podcast about LGBTI activism and lives in Europe and Central Asia. Read here some of the episode’s highlights and find out reasons to stay hopeful in 2022.
read more
News

According to ILGA-Europe, the infringement procedures announced by the European Commission today show that the EU has come to a tipping point; after years of […]
read more
News

Help us create a Twitter Storm calling on the European Commission to hold Poland to account for its treatment of LGBTI people!

On Feb 11, as the current KPH campaign draws to an end, we would like to create a Twitter storm to get the hashtag #infringementNow trending, asking why the EU Commission has not taken infringement procedures against Poland yet. Here is how you can help create this important moment.
read more
Press Release

The trial of three women accused of “offending religious beliefs” will take place, tomorrow on January 13 in Plock, Poland. The activists face up to two years in prison for disseminating posters of the Virgin Mary with a rainbow halo symbolic of the LGBTI flag. Six international human rights NGOs are calling for all charges to be dropped, and for the Polish authorities to amend their legislation and bring it in line with international and regional human rights standards.
read more
Blog

Throughout 2020, LGBTI activists have been harassed, intimidated and threatened by well-known far right groups in Ukraine, while police and local authorities turn a blind eye. Here is activist Anna Sharyhina’s alarming story, and how you can lend her and other LGBTI Ukrainian activists your support.
read more
News

Following her State of the European Union speech, with KPH and Fundacja Równo?ci we wrote a letter to the European Commission President Ursula von der Leyen.
read more
Blog

Poland has reached a dangerous boiling point in its state-driven discrimination against LGBTI people. The first episode of ILGA-Europe’s podcast, The Frontline, goes behind the scenes to talk about a way forward for LGBTI activism in the country. Here’s what it’s all about…
read more
Press Release

We call on Turkey to respect, guarantee, protect and fulfil the fundamental rights of the LGBTI community without discrimination as enshrined by its Constitution and equality article therein (article 10), and ratified by human rights treaty bodies.
read more
Blog

While this week Switzerland made hate speech illegal against people based on their sexual orientation, in 2019 one of the trends observed in ILGA-Europe’s Annual Review is a sharp rise in on-and-offline anti-LGBTI hate speech, often from political leaders, across Europe. As our Executive Director, Evelyne Paradis, recently shared at the Google Online Safety Summit, “LGBTI communities need to know that perpetrators of violent speech will be held responsible”.
read more
Press Release

Today, the European Court of Human Rights found Lithuania’s failure to investigate online hateful comments against a gay couple to violate their rights to private and family life as well as being discriminatory on the ground of sexual orientation.
read more
News

A resolution adopted by the European Parliament today makes a strong call for an EU LGBTI strategy to counter the rise of official hate-speech and […]
read more
Subscribe to our newsletter
Subscribe
loading...