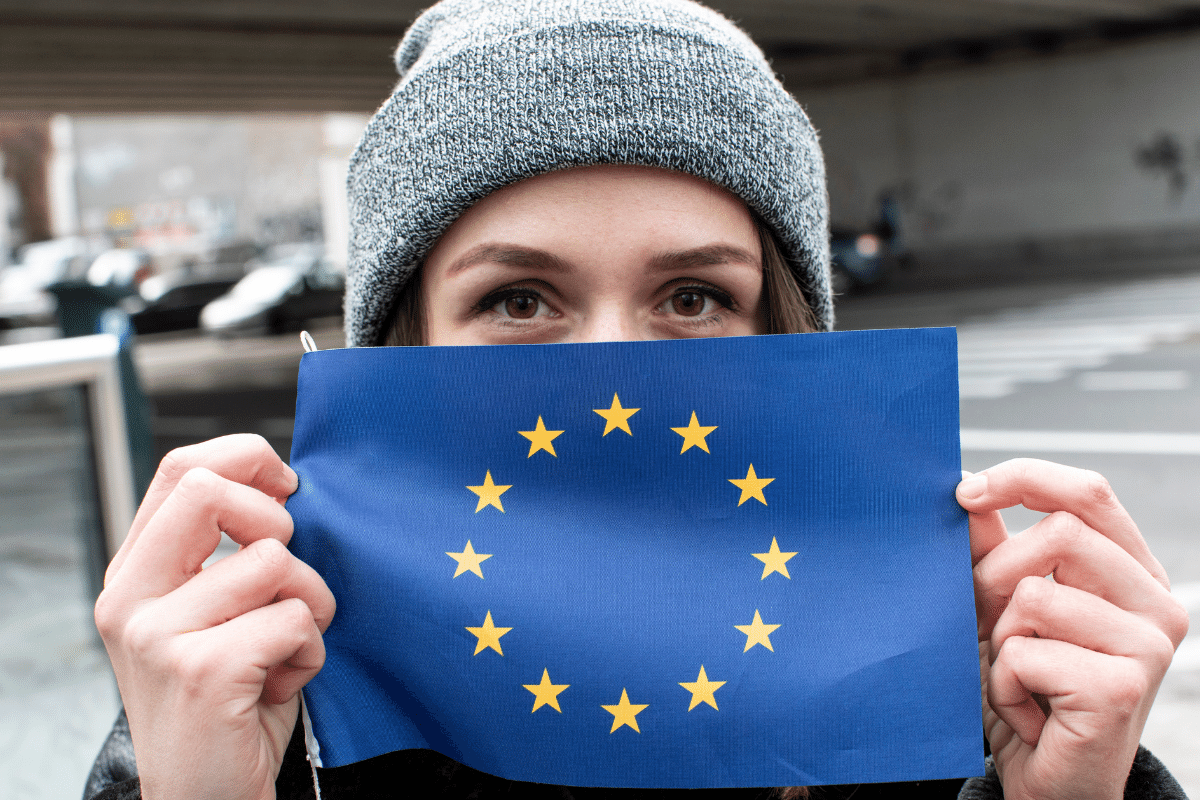 Right now, as the war on Ukraine escalates, democracy, human rights and equality matter more than ever in Europe. In our submission to the European Commission’s annual Rule of Law report, we’ve identified key trends in the systematic attacks on the rights of LGBTI people across EU member states.

With the ongoing Russian invasion of Ukraine, which is also a fundamental attack on democracy and freedom, we need to be working harder than ever to protect human rights and equality in Europe. The EU’s Rule of Law mechanism is one way in which this can be done. It can be used to ensure EU institutions react strongly to human rights violations across its member states. In the EU, rule of law means that all members of a society, including governments and members of parliaments, are equally subject to the law, under the control of independent and impartial courts.

The rule of law is important because it has a direct impact on the life of every citizen of the EU, and it ensures that laws protecting fundamental rights and democracy are respected by everyone, and can be enjoyed by everyone. It is a fundamental value upon which the EU is based.

Over the past few years it has become increasingly clear that many government-led violations of LGBTI rights in EU member states, go hand-in-hand with an undermining of the rule of law. In ILGA-Europe’s submission to this year’s EU Rule of Law Report, we’ve reported on the systematic attacks on the fundamental rights of LGBTI people across the EU, which have been enabled by the weakening of rule of law and democratic structures in several member states.

ILGA-Europe, with the input of various national-level LGBTI organisations, has submitted written input to inform the 2022 annual report, in order to ensure the violations of LGBTI rights linked to rule of law deterioration are recognised by EU institutions, and are addressed in their follow-up with member states. Here are the trends which we have highlighted to the EC:

In countries where the freedom of the judiciary is weakened, we have been witnessing political interference or bias in court cases related to LGBTI rights. For example, in Poland, the Ministry of Justice uses its powers to repeatedly appeal verdicts that were in favour of LGBTI defendants.

Also, in countries where media freedom is under attack, we are seeing more prevalence of anti-LGBTI bias, smear campaigns and even censorship of LGBTI content. Some LGBTI organisations are facing funding restrictions.

Arbitrary use of COVID-19 regulations

In certain countries, COVID-19 regulations have been applied in a discriminatory manner or have been used arbitrarily to restrict the freedom of assembly of LGBTI people. States of emergency have allowed governments to fast-track legislation unrelated to the pandemic, but which directly attack the rights of LGBTI people.

The most well-known example of this is the anti-paedophilia legislation adopted by Hungary in June 2021, which includes provisions which ban the “portrayal and the promotion of gender identity different from sex at birth, the change of sex and homosexuality” for persons under 18, and applies these to a number of regulations related to child protection, family, education, media and advertisement.

The European Commission started infringement proceedings against Hungary due to this law in July 2021. A similar law has since been tabled in Slovakia, is being drafted in Romania, and has been suggested for drafting in Poland and Croatia.

Judgments are not implemented

Judgments of the Court of Justice of the EU (CJEU) or the European Court of Human Rights (ECtHR) continued to not be implemented last year. The most notable of these is the Coman case from 2018, on freedom of movement for same-sex spouses. Due to its non-implementation in Romania, the country where the case started, it has been taken to the ECtHR. An official complaint was also submitted to the European Commission, with a similar case.

Rise in hate crime and hate speech against LGBTI people

Across the EU, hate speech by politicians was a serious issue during 2021, creating an unsafe environment for LGBTI civil society and often being related to a rise in hate crime and hate speech against LGBTI people more broadly. In some EU countries, LGBTI activists are receiving death threats online. In 2021 alone, offices of LGBTI organisations were attacked in Belgium, Bulgaria, Ireland, the Netherlands, Romania, and Spain. Staff and volunteers of LGBTI organisations were also attacked in Bulgaria, Croatia, Finland, Lithuania, Romania and Slovenia, many of which happened after anti-LGBTI smear campaigns in the media. Stickers with the design of the Polish “LGBT-free Zone” sticker appeared in various cities in Belgium, Bulgaria and Latvia. These incidents have led to an effective restriction of LGBTI people’s right to freedom of association, freedom of assembly and freedom of expression.

Hate crimes are not investigated

Hate crimes against LGBTI people often are still not sufficiently investigated. A number of EU countries still do not have hate crime legislation with sexual orientation, gender identity or sex characteristics as aggravating grounds. In some countries which do have such legal protection, it is often not implemented properly by police, prosecutors or even Ombudspersons.

So, what can be done?

The EU has a number of tools at its disposal to ensure the respect of the rule of law in all EU countries. The European Commission (EC), the executive arm of the EU, is responsible for guaranteeing the respect of rule of law.

The EU can take specific steps against violations of LGBTI rights in member states, that is if they go against EU legislation and/or if they are rule of law violations. Instruments the EC can use in such cases include so-called infringement procedures, as we see against Hungary and Poland at the moment, triggering Article 7 of the Treaty of the EU, to suspend certain rights from a member state, as well as cuts in EU funding based on rule of law violations

The EU annual rule of law report highlights breaches of EU and national law, including erosion of democratic standards. Based on this report, the EU institutions talk with EU countries, as well as national parliaments, civil society and other stakeholders in order to address concerns and avoid deterioration.

We hope that our remarks are heard and that the EC will integrate them in its annual Rule of Law Report. LGBTI rights are human rights and must be protected the same way rule of law should be respected in every EU country.

Anti-LGBTI attacks in your country: Our A-to-Z of hate-crime across Europe and Central Asia

In ILGA-Europe’s latest Annual Review, we’ve reported anti-LGBTI hate crime in almost every country we represent. From Finland to Turkmenistan, a wave of violence, fuelled by the rise of anti-LGBTI rhetoric from politicians and other leaders in 2021, has arisen. Read on to find out what happened in your country.
read more
News

The European Commission has put forward a legal initiative to extend the list of EU crimes to include hate speech, both online and offline, and hate crime, with clear understanding that LGBTI people must be protected.
read more
Report

COVID-19 and the resulting measures to contain and combat the virus are generating complex challenges and risks. While the virus does not discriminate per se, […]
read more
Blog

ILGA-Europe’s Annual Review identifies a sharp rise in anti-LGBTI hate-speech across the European region, often carried out by public figures. To mark European Day for Victims of Crime (February 22), we report on the ways in which such rhetoric is in turn violently affecting the lives LGBTI people.
read more
Press Release

Recent data shows that LGBTI young people perceive the labour market with fear and that most of LGBTI youth living with their families have experienced violence in different parts of Europe. These are among the alarming facts related to the impact of inequality and oppression in LGBTI communities, as identified through ILGA-Europe’s No One Left Behind initiative.
read more
Subscribe to our newsletter
Subscribe
loading...