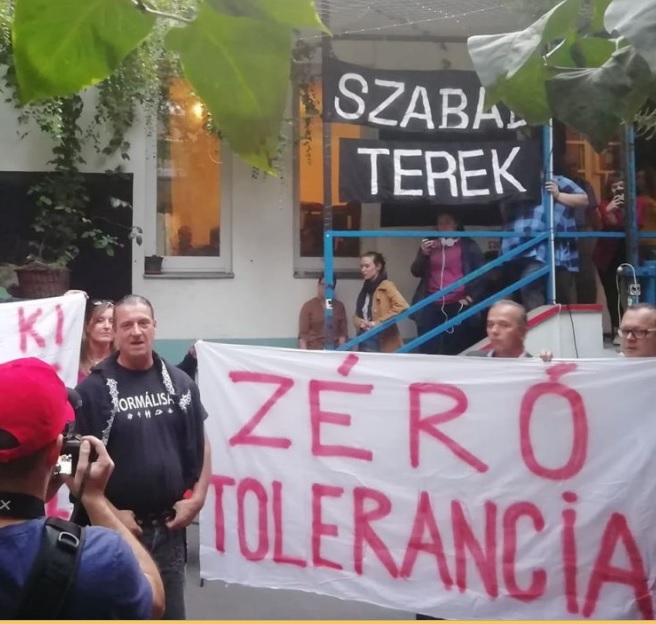 As a sharp rise in hate attacks on LGBTI communities in Hungary, Serbia and Poland is reported, ILGA-Europe calls for the EU Commission to step up its leadership in the protection of fundamental rights

Just one week on from winning the bid for Euro Pride 2022, Belgrade’s Pride Information Centre was attacked yesterday by a gang of fans of the Red Star football team, who kicked windows and threw glass bottles. It is the fourth attack on the premises since December of last year and the centre is under police protection. However, although the police were informed of the possibility of this attack, they did nothing to prevent it. The Serbian authorities said they would not investigate the attack since no one was injured and the property was not damaged.

On Saturday, counter-protestors at the Equality March in the Polish city of Lublin were found to be in possession of explosive devices, gas canisters and firecrackers. A couple carrying a home-made bomb was arrested at the beginning of the march and are now being detained for three months before being charged. According to a court expert, the bomb could have caused deaths at the march.

One week ago in Budapest, on September 26, the neo-Nazi group Our Nation Movement (Mi Hazánk Mozgalom) disrupted a movie screening about tackling bullying LGBTQ youth at schools. Between five and ten members of the group broke into the screening room carrying banners saying “Stop LGBT Propaganda” and “Zero Tolerance”, shouting and insulting the participants.

In all three countries, Hungary, Poland and Serbia, there have been moves to impose restrictions on LGBTI people, and a rise in political anti-LGBTI hate speech.

In 2017 the Hungarian Prime Minister, Viktor Orbán hosted an American Christian organisation that has been accused of being an anti-LGBT hate group. Opening the event, Orbán accused the European Union of being dominated by a “relativising liberal ideology that’s an insult to families.”

In October last year Orbán issued a decree revoking funding for gender studies programmes in Hungarian universities and on September 9 this year, Orbán said that if his candidate is elected the next major of Budapest, he will change the Constitution to ban lesbian and gay people from adopting.

Despite being led by a lesbian Prime Minister, in August of this year, the right-wing Serbian government banned artificial insemination and IVF for anyone who has a history of homosexual relations during the last five years.

In Poland, the governing Law and Justice (PiS) party have made countering “LGBT Ideology” part of its platform for the country’s October 13 elections. In July, a government-sponsored newspaper issued ’LGBT-free zone’ stickers in advance of an Equality march in the city of Bialystok. A law graduate in the capital of Warsaw compared the stickers to anti-Jew signs displayed by the Nazis in Germany.

Says Katrin Hugendubel, Advocacy Director with ILGA-Europe: “We strongly condemn any attack on LGBTI communities, whatever form they take. Particularly worrying is the escalation in violence in Poland, where explosive devices were taken to the Lublin Equality March, presumably intending to cause grievous bodily harm or death.

“These attacks are integrally linked to roll-backs in legislation, anti-LGBTI hate speech from those in authority, and in the case of the Serbian and Hungarian attacks, a serious lack of intervention by the police and state authorities. The safety of the LGBTI community is not separate from the safety of all who live in Europe, and the erosion of that safety is a marker for the erosion of all fundamental human rights. That is why now, more than ever, we need governments and international institutions to stand strong on fundamental rights and against hate and discrimination, and we need the next European Commission to adopt an EU-level LGBTI strategy to step up its leadership and actions in the protection of fundamental rights.”