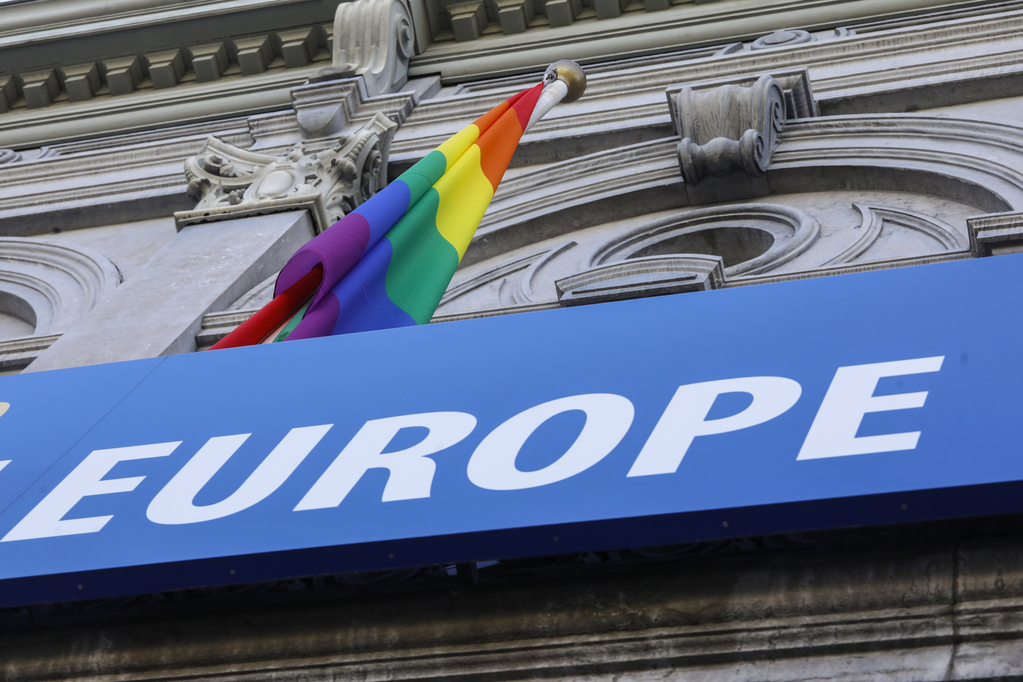 The ambition is right, but the reality is very different, says leading European LGBTI rights organisation

In response to the proliferation of over 100 so-called ‘LGBT-Free zones’ in Polish municipalities, the European Parliament today is debating a resolution declaring the EU an LGBTIQ Freedom Zone. It’s a strong symbolic gesture, but clear action needs to follow to make this a lived reality, according to ILGA-Europe.

The European Parliament (EP) in this weeks plenary session will debate and adopt a Resolution declaring the European Union (EU) an LGBTIQ Freedom Zone. Europe’s leading LGBTI organisation, ILGA-Europe, say much work needs to be done to align the resolution with the truth of LGBTI people’s lives in Europe.

According to Katrin Hugendubel, Advocacy Director with ILGA-Europe: “It is great to see the European Parliament wants the EU to be an ‘LGBTIQ Freedom Zone’, in other words a space where LGBTIQ persons can be who they are and love whom they love, free and safe. At ILGA-Europe, our day-to-day work reminds us very clearly that a lot still needs to be done to makes this a reality across the EU. We need to see more concrete action, from the European Commission, the European Parliament, the European Council, as well as national governments and policy-makers, and from regional and local authorities.”

Last month, ILGA-Europe published its ‘Annual Review of the Human Rights Situation of LGBTI People in Europe and Central Asia 2021’, clearly setting out how far the reality of LGBTI people across the EU is from living in a ‘freedom zone’.

Beyond the stories about Poland and Hungary, which have made most of the anti-LGBTIQ headlines in recently, there are so many ways in which the EU and its member states are falling short of ensuring LGBTI are free and equal in the EU, including:

Hugendubel added: “To ensure the EU will become a true LGBTIQ freedom zone, the Commission has to make full use of all tools in its box. It should ensure full implementation of all relevant EU directives and CJEU judgements in every member state. It should ensure that all member states spend EU funding in full respect of the principle of non-discrimination and respect for fundamental rights. It has to hold EU governments accountable to the principles set out in the EU treaties and the Charter for Fundamental Rights.”

According to Evelyne Paradis, Executive Director of ILGA-Europe: “It is great to see clear commitments to LGBTIQ equality from the European Parliament through this resolution, as well from the European Commission through the ‘EU LGBTIQ Equality Strategy’. Now that the EU is an LGBTIQ Freedom Zone, we need to see all actors using the full range of tools at their disposal to ensure that respect of LGBTIQ rights is guaranteed. Otherwise there is a big risk of losing credibility.”

ON 5 JUNE 2018, THE COURT OF JUSTICE OF THE EUROPEAN UNION (CJEU) ISSUED A LANDMARK JUDGEMENT AGAINST ROMANIA, RECOGNISING THAT THE TERM SPOUSE INCLUDES SAME-SEX SPOUSES UNDER EU FREEDOM OF MOVEMENT LAWS. THREE YEARS LATER, CLAI HAMILTON, SPOUSE OF ROMANIAN CITIZEN ADRIAN COMAN, HAS NOT BEEN GRANTED RESIDENCY YET. NOW THEY’VE BROUGHT THE CASE TO THE EUROPEAN COURT OF HUMAN RIGHTS (ECHR). HERE, ADRIAN COMAN TALKS ABOUT THE ORIGINAL CASE, AND HIS HOPES WITH THIS LATEST DEVELOPMENT.
read more
News

Reacting to the Hungarian parliament’s decision to adopt a law that will strip non-married couples of the right to adoption and two constitutional amendments which further restrict the rights of LGBTQ people, leading human rights organisations have come together to condemn the decision.
read more
Press Release

The European Court of Human rights has ruled that the refusing a mother custody of her youngest child on the grounds of her sexual orientation to be discriminatory and a violation of her right to private and family life.
read more
Subscribe to our newsletter
Subscribe
loading...