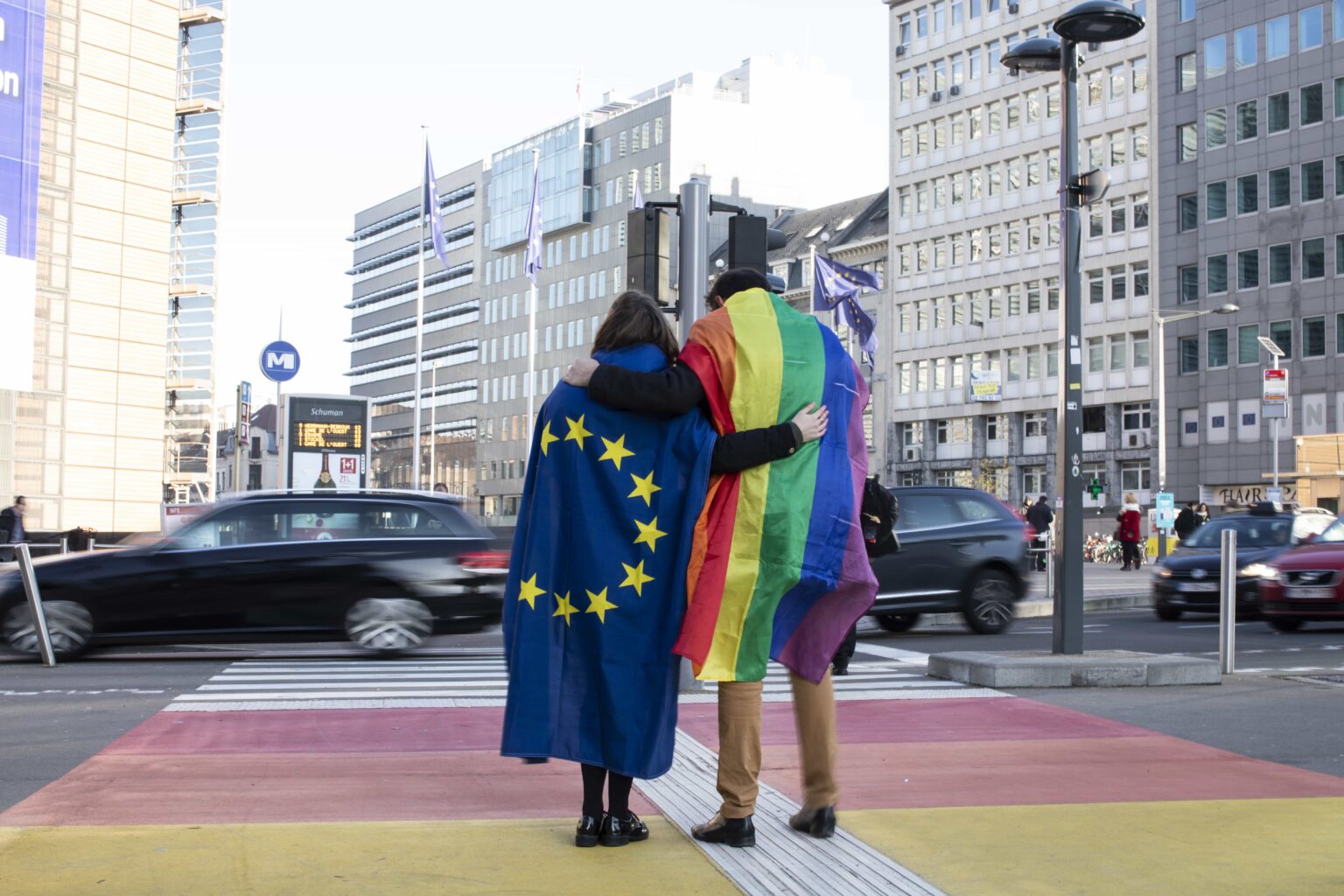 According to the Strategy, the European Union “has to be at the forefront of efforts to better protect LGBTIQ people’s rights,” at a time when “discrimination on the grounds of sexual orientation, gender identity/expression and sex characteristics is actually increasing in the EU” and there is a “worrying trend in parts of the EU of more frequent anti-LGBTIQ incidents such as attacks on LGBTIQ public events including Pride marches, so-called declarations of LGBTIQ ideology free zones… and the rise of the anti-gender (and anti-LGBTIQ) movement.”

According to ILGA-Europe, an umbrella organisation for over 600 LGBTI organisations across the region, the Strategy marks the beginning of a new approach in the European Commission to LGBTI rights and equality.

Welcoming the Strategy, Katrin Hugendubel, ILGA-Europe’s Advocacy Director, said: “For the first time, the strategy sets out a clear work programme for a wide range of services in the European Commission in relation to LGBTI rights. It is committed to being true to the values set out in the EU treaties, both in areas where the EC has competencies, like for example proposing legislation to finally ensure that parents can move freely across member states without losing their parental status, to taking a leadership role in working with member states in areas where change needs to happen on national level, such as banning so-called “conversion therapies” and ensuring legal gender recognition procedures based on self determination. With its understanding that LGBTI rights are not niche issues but touch on all areas of life, the strategy clearly acknowledges the structural discrimination and marginalisation of LGBTI people.”

According to Evelyne Paradis, Executive Director at ILGA-Europe: “At the very core of this strategy is the understanding that if you are going to bring about profound change, it needs to be everyone’s business. Working alongside civil society, every political actor and department has their fundamental role to play. In order for this strategy to reverse backtracking and make the real progress it sets out to do, everyone must come on board with the same commitment to exercising institutional powers, across the board, in its implementation.”

Katrin Hugendubel continued: “With this strategy, the EC is finally using the full toolbox available, within its own competences and in working with member states, in assuming leadership in defending and advancing the rights of LGBTI people in Europe and beyond. The EC can play a significant role in making sure we continue to move closer to achieving equality for LGBTI people, especially in more challenging times. With this strategy, the Commission is equipping itself to do just that. We are looking forward to working with everyone at the Commission and other EU institutions to make sure the ambitions in the strategy translate into real change for LGBTI people across the EU and beyond.”

EU-wide parenthood recognition is key in ensuring equal protection for all children in the Union, say ILGA-Europe and NELFA.
read more
News

Just over a year ago, the European Commission adopted the first ever EU LGBTIQ Equality Strategy, committing to be at the forefront of efforts to better protect LGBTIQ people’s rights. But how far has the Commission gone in its implementation so far? We looked closely, and here are our five conclusions.
read more
Podcast

It was a year of further lockdowns, of new strains of the COVID virus, and the uncertainty they have brought, and most of all, enormous […]
read more
News

The European Commission has put forward a legal initiative to extend the list of EU crimes to include hate speech, both online and offline, and hate crime, with clear understanding that LGBTI people must be protected.
read more
Press Release

The first ever EU LGBTIQ Equality Strategy, adopted in November 2020, is a major step in the EU’s overall commitment and detailed efforts to ensure […]
read more
Press Release

As Hungary adopts Russian-style anti-LGBTI legislation, it is time for the EU to use all instruments available to hold its member state accountable for the […]
read more
Podcast

ILGA-Europe’s advocacy director, Katrin Hugendubel and Björn Sieverding from the Network of European LGBTIQ Families explore the issues coming down the line in terms of […]
read more
Blog

From committing to end intersex genial mutilation to improving freedom of movement for rainbow families, find out in our blog why this new EU strategy is great news for LGBTI kids.
read more
News

Help us create a Twitter Storm calling on the European Commission to hold Poland to account for its treatment of LGBTI people!

On Feb 11, as the current KPH campaign draws to an end, we would like to create a Twitter storm to get the hashtag #infringementNow trending, asking why the EU Commission has not taken infringement procedures against Poland yet. Here is how you can help create this important moment.
read more
Blog

A baby born to two mothers, one from Gibraltar and one from Bulgaria, has become a test case at the European Court of Justice for the freedom of movement of rainbow families in the EU. Read on and find out how to join our campaign for parents without borders!
read more
Podcast

The Frontline: 2020 – The EU & LGBTI Equality in an Extraordinary Year

In March 2020, when the COVID-19 pandemic went global, we worried that equality would slip off EU agendas as lockdowns and an unprecedented economic crisis […]
read more
Blog

The EU LGBTIQ Strategy at a glance

Open Letter to President Ursula von der Leyen: keeping equality for all at the core amid the COVID-19 crisis

ILGA-Europe's Executive Director, Evelyne Paradis calls the European Commission to prioritise minority and human rights. "The response to Covid-19 is bringing so many vulnerable people in our society into focus, and we cannot look away."
read more
Press Release

There has been little progress in the lived experience of LGBTI people in Europe over the past seven years. This is a clear message coming out of the report on the EU’s Fundamental Rights Agency (FRA)  2nd LGBTI survey published yesterday.
read more
Policy Paper

EU LGBTI Strategy 2020-2024: Key EU legislative and policy initiatives for LGBTI rights in Europe and beyond – Proposal by ILGA-Europe

The policy brief presents concrete proposals of legislative and policy initiatives to be included in the EU LGBTI Strategy.
read more
Press Release

A coalition of European networks of NGOs, including ILGA-Europe, have written a joint letter to the EPSCO Council to urge the national governments to move towards […]
read more
News

The European Elections are approaching at a fast pace, and our campaign activities are picking up speed!
read more
Press Release

Majority of EU member states clearly speak out that the EU needs to stand firm regarding the protection of the rights of LGBTI people. Today, […]
read more
News

Joint NGO Statement on the 10th Anniversary of the Horizontal Directive

Ten years on and nothing to show for the horizontal directive, say european ngo’s On 2 July 2008, the European Commission proposed an important new […]
read more
News

Joint Statement: Deletion of equality principle from the EC proposal of CPR

Nine civil society organisations – including ILGA-Europe – have written to the Council of the European Union, the Commission and the European Parliament on the […]
read more
Subscribe to our newsletter
Subscribe
loading...