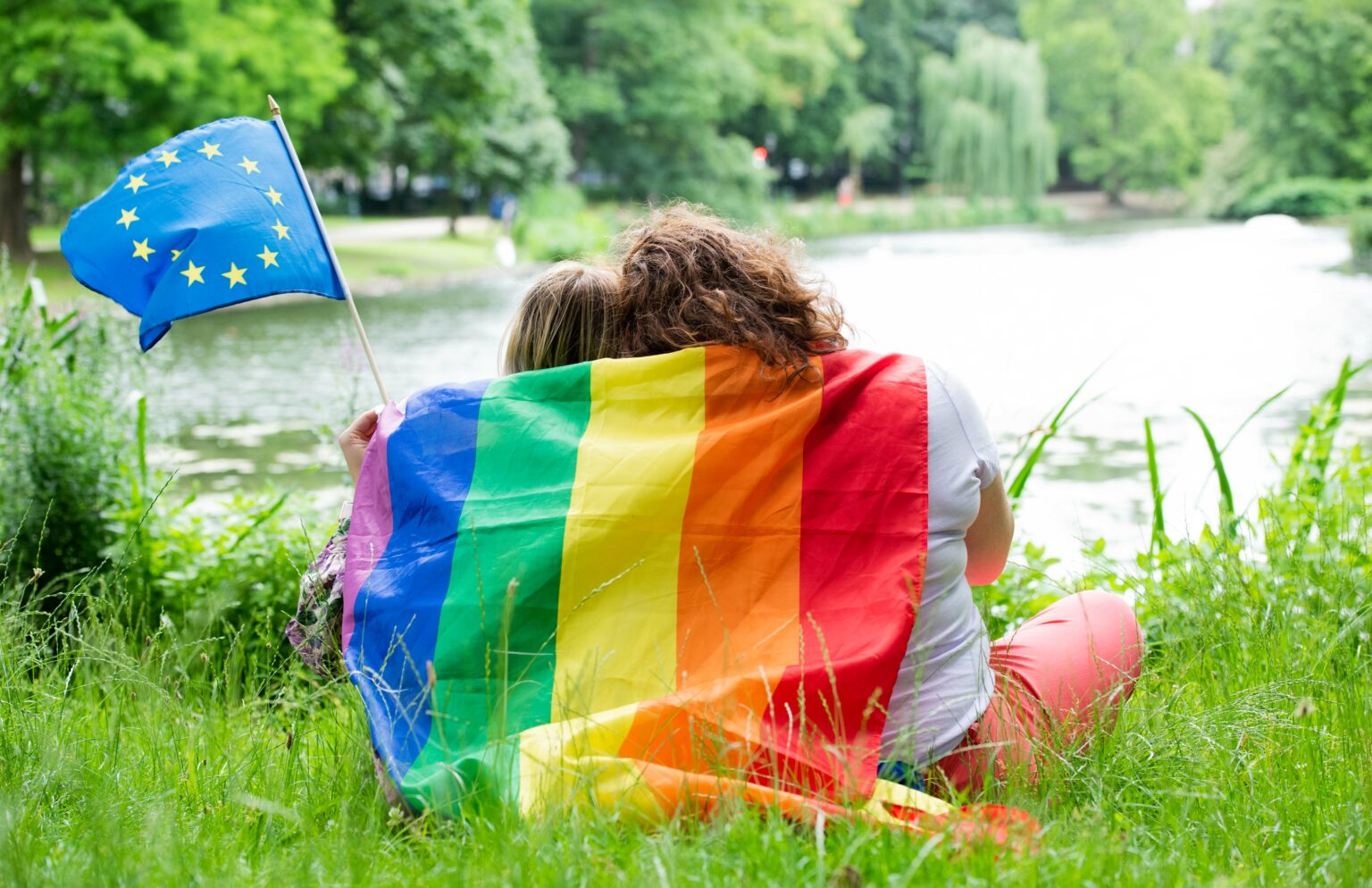 Just over a year ago, the European Commission adopted the first ever EU LGBTIQ Equality Strategy, committing to be at the forefront of efforts to better protect LGBTIQ people’s rights. But how far has the Commission gone in its implementation so far? We looked closely, and here are our five conclusions.

The adoption of the EU LGBTIQ Equality Strategy marked a strong shift from the European Commission, the executive arm of the EU, towards playing its full role to defend and protect LGBTI rights in times of real backlash. The strategy is key to the Commission’s day-to-day work to tackle discrimination. This is even more relevant at a time when the COVID-19 pandemic continues to exacerbate inequalities, hitting the most vulnerable in our communities.

In discussion with LGBTI organisations and activists across the region, as well as European networks, we’ve evaluated the first year of the EU LGBTIQ Equality Strategy. Here are the five key points from our assessment.

1. The strategy is a clear commitment to LGBTI rights

The strategy gives an important political sign of support of LGBTI rights. It also supports the inclusion of LGBTI rights in the European Commission’s work across all Directorates-General, as well as in other strategies, like the Children’s Rights Strategy. The strategy was key in putting important initiatives, including upcoming legislation on the table, and empowered the EC to be more outspoken in the protection of LGBTI rights.

2. All policy areas of the Commission must be proactive

The European Commission is divided in Directorates-General (DGs in EU jargon). Each DG takes care of one policy area. DG Justice, whose job is to ensure that the whole European Union is an area of freedom, security and justice, has been at the top of the class when it comes to setting in motion some of the activities in the strategy. Important work has begun on intersex rights, parenthood recognition and the extension of EU crimes — the list of areas of particularly serious crime with a cross-border dimension — to include hate crime and hate speech. However, a real push is needed to ensure other DGs follow the DG Justice example and pick up activities under the strategy to the same extent.

3. A timeline and naming those responsible for each activity is needed

A timeline will ensure the full implementation of all activities enlisted in the strategy. This good practice has been fruitful in the implementation of the Roma strategy and the Gender Action Plan. Also, the service unit within each DG responsible for each activity should be named.

4. European LGBTI NGO’s should be involved

The High-Level Group on Non-Discrimination, Equality and Diversity assists the European Commission in implementing existing EU law and policies. It also cooperates with EU countries through the exchange of experiences. An LGBTI subgroup to the High-Level Groups was created to organise good practice exchanges in the areas named in the strategy, for example, legal gender recognition based on self-determination, banning conversion therapy, and non-necessary interventions on intersex children, and more. These are areas where the EU cannot legislate on, as they are outside their competence, but where discrimination across the region prevails.

However, there are still conversations if and how to include non-governmental organisations (NGOs) in the LGBTI subgroup. To ensure good cooperation, European LGBTI networks should be involved in an ongoing and structured manner, while the list of participants and the agendas of the subgroup should be made available to the public.

5. Protecting sexual orientation only is not enough

At the moment, EU law only protects people against discrimination based on sexual orientation. This reflects the time when EU Treaties were adopted. However, international human rights laws have evolved ever since and the EU LGBTIQ Equality Strategy sets out a clear political ambition to defend and protect all LGBTI people, including trans, intersex and non-binary individuals.

Therefore, in implementing the strategy, the European Commission needs to push its own limitations and extend its legal protection beyond sexual orientation grounds, so as to be fully inclusive of gender identity, gender expression and sex characteristics.

The EU LGBTIQ Strategy marked the beginning of a new approach in the European Commission to LGBTI rights and equality. The Commission can play a significant role in making sure we continue to move closer to achieving equality for LGBTI people, especially in more challenging times. With the strategy, it has equipped itself to do just that.

The EU LGBTIQ Strategy at a glance

The first ever EU LGBTIQ Equality Strategy, adopted in November 2020, is a major step in the EU’s overall commitment and detailed efforts to ensure […]
read more
Press Release

EU LGBTI Strategy 2020-2024: Key EU legislative and policy initiatives for LGBTI rights in Europe and beyond – Proposal by ILGA-Europe

The policy brief presents concrete proposals of legislative and policy initiatives to be included in the EU LGBTI Strategy.
read more
Press Release

Majority of EU member states clearly speak out that the EU needs to stand firm regarding the protection of the rights of LGBTI people. Today, […]
read more
Subscribe to our newsletter
Subscribe
loading...