Voices of ILGA-Europe: Daniel Martinovic and the battle for rainbow family rights in Croatia 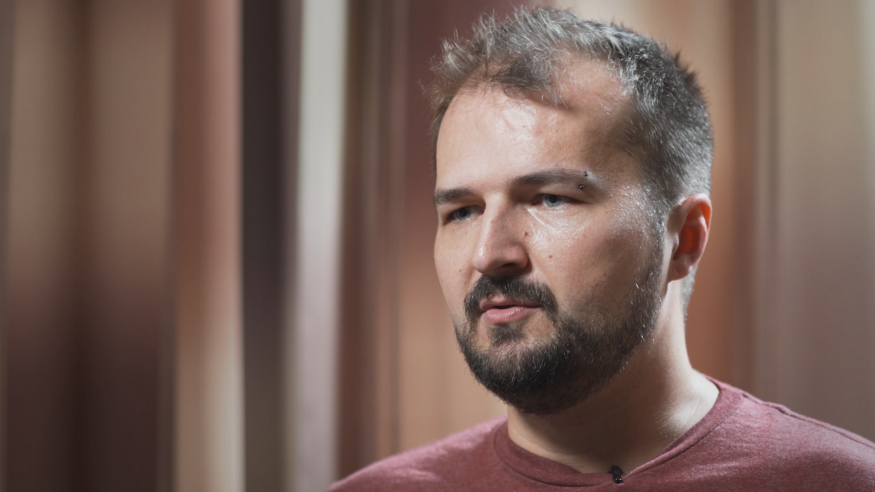 The surprising success of a Croatian picture book for children last year showed that there may be more allies of rainbow families in the country than headlines about burnt effigies and unsuccessful foster care applications might suggest. In the latest Voices of ILGA-Europe video, we meet an activist and father on the frontlines for same-sex family rights in his native country.

In January, a Croatian gay couple who had applied to foster a child were refused for a second time by the Social Welfare Centre in Zagreb, despite a ruling last year by the Administrative Court, giving them the right to foster. “We are a country full of hypocrisy,” Ivo Šegota and Mladen Koži? told Croatian TV news at the time. However, in early February the Constitutional Court issued a separate ruling in favour of same-sex couples fostering. Constitutional decisions must be enforced, and the government is obliged to ensure compliance, so Ivo and Mladen should not be refused by the Social Welfare Centre again.

One of the activists working to secure rights for same-sex couples who already have children, or who wish to form families with children, is Daniel Martinovic of Rainbow Families Croatia (Dugine Obitelji). Daniel spoke to us for the Voices of ILGA-Europe video project at our conference in Prague last October.

“Rainbow Families Croatia work together with LGBTI people with children, and those who want to become parents, and their families,” he explains.

“We do advocacy work to further push for legislation that will be more open and inclusive for family rights of LGBTI people in Croatia, to have access to adoption, to foster care, medically assisted insemination open to everybody, not just heterosexual couples.”

Daniel began working as an LGBTI activist nine years ago, volunteering for the Pride organisation in Zagreb.

“Most of my LGBTI friends were also in some kind of NGOs and I was tired of sitting at home and looking at the situation getting worse,” he says. “I was active in the passing of the civil union law in Croatia in 2014, and right about then a lesbian couple friends of mine wanted to have a child, so I am a donor to them. In doing so we connected with other families, and one of the families started the whole organisation, because we wanted to connect with other rainbow families in Croatia.”

“And the fact is that our politicians don’t want to make a change because the level of acceptance of LGBTI people in Croatia is still quite low.”

In February an effigy of a kissing gay couple and their child was burnt at a carnival in the Croatian town of Imotski, an action that was condemned by President Zoran Milanovic, government ministers, the Ombudsperson, and LGBTI rights groups including Rainbow Families, which announced that it would file a complaint for “public incitement to hatred and violence” for the “horrifying” act.

Yet, for all the horror of such a hateful act, it seems the picture of support for rainbow families in the country might be a little different. Last year Rainbow Families Croatia published a picture book for children, which turned out to be an unprecedented and surprising success. (You can read the English version of the book, ‘My Rainbow Family’ here.)

“We thought it would be only for us, a couple of families in the organisation,” Daniel explains. “In the end it went to over a 2,000 people in 25 countries. It has really shown us that there are many allies in heterosexual families that want to talk to their children about LGBTI issues.”

The work that ILGA-Europe does with member organisations such as Rainbow Families Croatia is important to Daniel. “The workshops that ILGA-Europe organises throughout the year gives you an opportunity you wouldn’t have, you would be like a small island in your own country. It’s really helped us to become even more visible in a bigger European context, it gives us an easier way to talk to MEP’s in the European Parliament, because it teaches you some skills. It really helps you grow as an organisation, it helps you grow as an individual, so I think it’s really important.”

The cousin of LGBTI activist Avaz Hafizli has been jailed for his horrific murder, which came on foot of protests against hateful Instagram posts by the Instagram star, Sevinj Huseynova, who called for the physical ‘removal’ of sexual minorities and trans people from Azerbaijan. The trial was a travesty of justice, according to activists.
read more
Blog

The Court of Justice of the EU has stated that birth certificates issued in an EU country must be recognised across the EU, and that EU countries should protect the freedom of movement of rainbow families.
read more
Blog

How we created our brand-new website to support LGBTI activism

After 18 months of planning and work, the team at ILGA-Europe are proud to introduce our brand-new website. It shows the range of work we do and LGBTI activists and organisations can now easily find the information they need. Keep reading to learn more about how it was developed and how you can make the most of it.
read more
News

When an EU country recognises a child and its same-sex parents as a family, all EU countries should recognise them as such, so to guarantee their freedom of movement. This is what the EU’s top court ruled in December. But how this case has advanced LGBTI rights in the European Union and what comes next for rainbow families?
read more
Report

In January 2022 ILGA-Europe compiled a submission to the European Commission’s public consultation ahead of the 2022 Rule of Law report. The submission covered rule […]
read more
Press Release

We are joined by Danijel Kalezi?, president of the Governing Board of Queer Montenegro, which helped usher in legislation for civil unions for same-sex couples, […]
read more
Blog

2020 proved to be a game-changer for LGBTI activists, sending almost every aspect of the work into the digital sphere. Luckily ILGA-Europe had been developing an online resource-sharing centre for a few years before COVID-19 hit, and we probably couldn’t have picked a better moment to launch it.
read more
News

The UN Committee on the Rights of the Child found that Finland failed to consider the best interests of the child of a lesbian couple when assessing his asylum request. Now the country is under an obligation to provide reparation.
read more
Blog

The shocking state of LGBTI children’s rights in Europe

We expect all children to be protected from violence and discrimination, and to have access to appropriate legal protection, but in the EU the truth is far from this case, and LGBTI children are particularly vulnerable. Here’s why.
read more
Subscribe to our newsletter
Subscribe
loading...