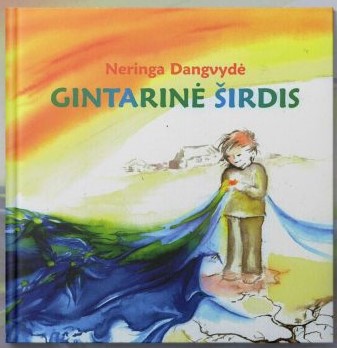 Today, the European Court of Human Rights found a violation of Article 10 (freedom of expression) on the account that labelling a book of fairy tales as harmful to children solely because of LGBTI content breached the European Convention.

Published in 2013 by the Lithuanian University of Educational Sciences and written by the late lesbian writer, Neringa Dangvyde Macate, the book was entitled ‘Amber Heart’ (‘Gintarinė širdis’), and contained fairy tales aimed at nine-ten-year olds, with partial funding from the Ministry of Culture. Adapted from traditional fairy tales, ‘Amber Heart’ included characters from different ethnic groups or with intellectual disabilities and addressed issues such as stigmatisation, bullying, divorced families and emigration. Two of the six fairy tales in the book had story lines about relationships and marriages between persons of the same sex.

On the book’s publication, eight members of the Lithuanian Parliament sent a letter to the University, relaying to it concerns expressed by associations representing families about literature which “sought to instil in children the idea that marriage between persons of the same sex was a welcome phenomenon”.

The Inspectorate concluded that the two fairy tales which depicted same-sex couples did not comply with a provision in Lithuania’s ‘Minors Protection Act’, stating that any information which “expresses contempt for family values” or “encourages a different concept of marriage and creation of family than the one enshrined in the Constitution or the Civil Code” is considered as having a negative effect on minors. The Inspectorate recommended that the book be labelled with a warning that it might be harmful to children under 14 years of age.

The University’s publishing house suspended distribution of the book in March 2014. A year later distribution was resumed, with the book bearing a warning label, in line with the Inspectorate’s recommendation.

Macate lodged civil proceedings against the University, arguing that depiction of same-sex relationships could not be considered harmful for children of any age, but in 2019 the courts ultimately endorsed the measures taken against the book and dismissed her claim. In particular, the Vilnius Regional Court found that certain passages were too sexually explicit and that the way in which the fairy tales depicted a new family model raised the question of whether the applicant herself had sought to discriminate against those who held values different from her own.

In 2020, Neringa Dangvyde Macate passed away and her mother continued proceedings on her behalf, taking the case to the European Court. ILGA-Europe had intervened in this case jointly with Article 19 and Professor David Kaye (former UN Special Rapporteur on Freedom of Expression). Read more about our intervention here.

In today’s Grand Chamber judgment, the European Court held, unanimously, that there had been: a violation of Article 10 (freedom of expression) of the European Convention on Human Rights. The Court found that the measures against the applicant’s book had intended to limit children’s access to information depicting same-sex relationships as essentially equivalent to different-sex relationships.

In particular, it could not see how, according to the national courts and the Government, certain passages – a princess and a shoemaker’s daughter sleeping in one another’s arms after their wedding – had been sexually explicit. Nor was it convinced by the Government’s argument that the book had promoted same-sex families over others. To the contrary, the fairy tales had advocated respect for and acceptance of all members of society in a fundamental aspect of their lives, namely a committed relationship.

As a result, it concluded that restricting children’s access to such information had not pursued any aims that it could accept as legitimate.

Welcoming the judgement, ILGA-Europe’s Head of Litigation, Arpi Avetisyan said, “The Court’s message is clear: Protection of children cannot be used as an excuse for censoring information about LGBTI rights, both on the part of the authors for promoting diversity and equality, and for children to learn about acceptance of all members of the society on an equal footing.

“This case also sends another important message, which is that all families are equal. In the Court’s own words: Promoting one type of family at the expense of another is never acceptable under the [European] Convention.”

The Court ordered Lithuania to pay 17,000 Euro to cover non-pecuniary damages and litigation costs. The funds are to be paid to the author’s mother.

Our submission to the EC 2023 Rule of Law report

When an EU country recognises a child and its same-sex parents as a family, all EU countries should recognise them as such, so to guarantee their freedom of movement. This is what the EU’s top court ruled in December. But how this case has advanced LGBTI rights in the European Union and what comes next for rainbow families?
read more
Report

Our submission to the EC 2022 Rule of Law Report

In a landmark judgement, the Court of Justice of the European Union has ruled that a child and its same-sex parents must be recognised as […]
read more
Press Release

As the European Commission takes the second step in its infringement procedure against Hungary, Europe’s leading LGBTI organisation welcomes its clarified commitment to the equal […]
read more
Case Law

The European Court of Human rights has ruled that the refusing a mother custody of her youngest child on the grounds of her sexual orientation to be discriminatory and a violation of her right to private and family life.
read more
Podcast

The Hungarian parliament has recently passed an anti-LGBTI bill censoring communication about LGBTI people to under-18s. This means that LGBTI-related content will be banned in schools and children’s media, and from public spaces. Viktor Orban’s government claims this bill will protect children, but the truth is that it’s an attack on children’s rights as well as the rights of LGBTI people. Here’s why.
read more
Blog

We are joined by Danijel Kalezi?, president of the Governing Board of Queer Montenegro, which helped usher in legislation for civil unions for same-sex couples, […]
read more
News

Almost three years after the European Court ruled that Romania must recognise a same-sex couple under EU freedom of movement legislation, its government is yet to implement the judgement.
read more
Subscribe to our newsletter
Subscribe
loading...