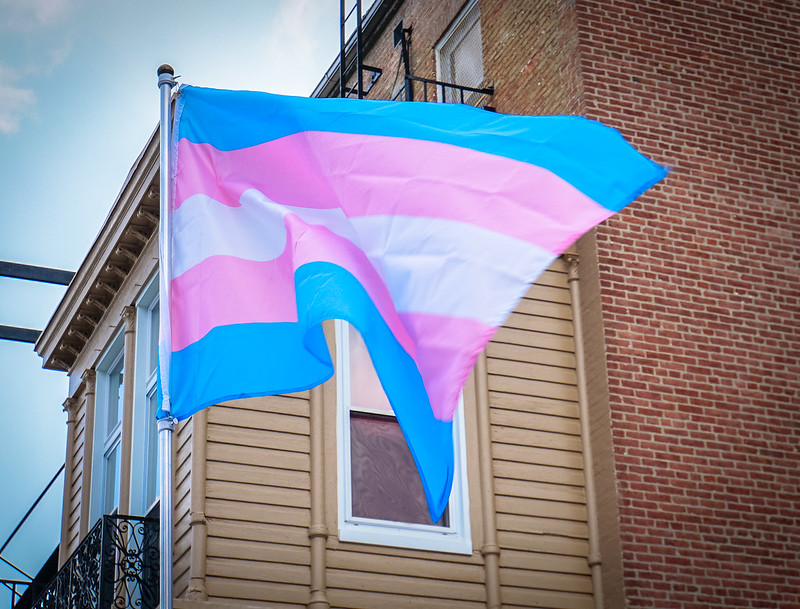 Recently, the European Court of Human Rights ruled in favour of a trans woman in Russia who was denied access to her children because of her gender identity and transition. Read on to find out how this may benefit all trans and LGBTI parents in Europe.

For four long years, A.M. did not see her own children. This was not her decision. She was denied her right to love, care for and nurture the bond with her children because of her gender identity and her transition, after her ex-spouse obtained a court order. Now, the European Court of Human Rights has ruled in her favour in a landmark judgment. This is the first time the court has found a violation of the prohibition of discrimination (Article 14) because of a person’s gender identity. It also found a violation of the applicant’s right to private and family life (Article 8).

A.M., the applicant in the case, is the parent of two children born in 2009 and 2012. After seven years of marriage, in 2015 she separated from her wife and began her legal gender recognition process to live in the gender she identifies with. She continued to see her children for over a year, until a district order obtained by her ex-partner cut off visitation in 2017.

The Russian courts argued that the decision to restrict the applicant’s parental rights was necessary, as contact with the trans parent would have a “negative impact on the mental health and psychological development” of her children. It also claimed that visitation could violate so-called propaganda law, which bans public statements in relation to LGBTI people in Russia.

However, the European Court of Human Rights noted that the domestic courts made their decision “in the absence of any demonstrable harm to the children,” failing to demonstrate that the restriction was justified and well-substantiated. Notably, the court found that the applicant had been discriminated based on her gender identity in comparison to other cis parents, saying that she has been “treated differently from other parents who also seek contact with their estranged children, but whose gender identity matches their sex assigned at birth.” It also added that depriving A.M. of any contact with her children could “have irremediable consequences for relations between the child and the parent with whom that child does not live.”

The court awarded the applicant €9,800, even though she had not asked for pecuniary compensation, concluding that “such damage cannot be compensated for solely by the finding of a violation.”

Every fourth trans person in Europe is a parent and this judgement gives legal security to many of them. Now it has been confirmed that discrimination based on gender identity, prohibited under the European Convention, applies in parental rights cases. If you are a good parent, that’s what matters, irrespective of your gender identity

From a children’s rights perspective, when someone tries to limit parental rights for trans and LGBTI parents more broadly, the main argument used is that it is has detrimental effect on children. In other words: they say children would suffer because of their parent’s gender identity. The court has made clear that it is in the best interest of the child to have a loving parent and that to restrict visitation just because a parent is trans is not a good enough reason.

The European Court of Human Rights is the court of law of the Council of Europe, of which Russia is a member. Judgments of the European Court of Human Rights are binding on all Council of Europe Member States; however, Russia has ignored the rulings several times. In 2020, draft amendments to the Russian Family Code would have seriously negatively affected legal gender recognition procedures. In November these amendments were withdrawn.

“We call upon the Russian authorities to respect the court’s decision and immediately end the discrimination of trans families,” said ILGA-Europe’s Executive Director, Evelyne Paradis.

Today, in a landmark judgement strongly welcomed by TGEU and ILGA-Europe, the European Court of Human Rights has ruled in favour of a woman in […]
read more
Report

Hours before International Day against Homophobia, Transphobia and Biphobia, the Swedish parliament declared their support for greater legal protection for trans people. There are two […]
read more
News

In a new judgment today, the European Court of Human Rights decided in favour of a Macedonian trans man applicant and found the violation of […]
read more
Case Law

For Russian LGBTI groups, along with the rest of the civil society in the country, 2021 started with the arrival of new barriers to their work.
read more
Subscribe to our newsletter
Subscribe
loading...