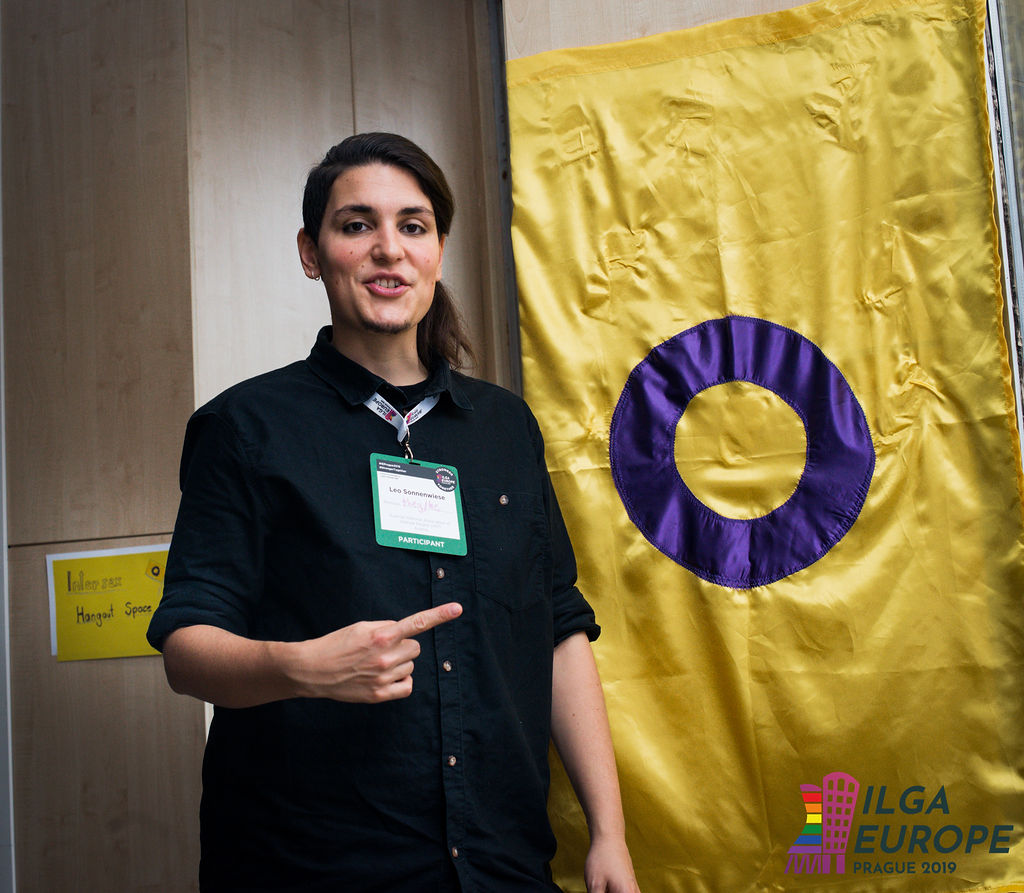 To mark #IntersexAwarenessWeeks we look into the efforts and experiences of activists in Greece, who worked for many months alongside the national government, resulting in the country becoming just the fifth in the world to ban intersex genital mutilations on children.

July 19 was a historic day as Greece became the fifth country on the planet to ban genital mutilations on intersex children. Intersex minors under the age of 15, living in Greece, are now protected from surgical operations and other invasive treatments aimed to align their sex characteristics to binary male or female categories.

These unnecessary, non-consensual and abusive interventions have already been banned in four EU countries, Germany, Iceland, Malta, Portugal, and in some regions of Spain. Now Greece has joined these countries in the protection of the bodily integrity of intersex people, a human right that the United Nations, the Council of Europe and the European Union have been calling for for a long time.

How did this happen?

The advocacy work of Intersex Greece has been crucial in bringing this forward thinking legislative change about. During our Annual Conference in Sofia, Nikoletta Pikramenou and Eleni Pateraki, from the organisation, shared their journey towards this historical win.

It all began in 2021 when the Greek government formed a National Committee to design the National Strategic Plan on LGBTQI+ Equality. Intersex Greece submitted a report on the situation of intersex rights. Thanks to this work, the National Plan included, for the first time, a separate section with intersex people’s demands.

Over the course of the following year, Intersex Greece became a registered organisation as well as an ILGA-Europe grantee. They relied on OII-Europe for guidance and attended meetings with the government and the Ministry of Health. LGBT organisations in the country gave interviews to the media and built relations with political representatives.

Intersex Greece worked as a team to best represent the intersex community. While their advocacy strategy relied on the power of personal stories, they made sure no individual felt pressured to come out as intersex.

A week before the vote, Irene Simeonidou, Secretary of Intersex Greece and mother of an intersex child, shared her story with the Greek Parliament. “13 years ago, when I was five months pregnant, two obstetricians at the local hospital suggested, very insistently, that we must terminate the healthy and desirable baby I was carrying because it had an extra X on the sex chromosome,” Irene said. Her testimony shook members of the parliament.

Finally, on 19 July, the bill was voted in and became a law.

In the lead-up to this historic moment, the Intersex Greece team encountered obstacles, due to their limited staff and resources, the emotional stress, and the difficulties of keeping a balance between voluntary activism and their personal and professional lives.

“Our struggles don’t end here. We are here, we are real, we are together,” they remind us in relation to the recent bill.

Hate against intersex people in Greece

Supported by ILGA-Europe, Intersex Greece conducted the first study on hate against intersex people in Greece earlier this year. The conclusions show that negative attitudes towards intersex people prevail in the country, and as a result the implementation of the legislation will be extremely challenging. You can learn more about this research in this moving video developed by Intersex Greece.

Shortcomings in intersex people’s rights in the EU

This year at ILGA-Europe we introduced an Intersex Bodily Integrity category in our Rainbow Map, expanding our assessment of this legislative area from 1 criterion to 4. This is because the introduction of bans in an increasing number of states has helped to clarify the key components in those bans; the new criteria lay out not only the demand that a ban be in place, but also what components the ban should include to meet a minimum standard of human rights protection and effectiveness.

In these countries and territories that receive points on the Rainbow Map, medical practitioners or other professionals are prohibited by law from conducting any kind of surgical or medical intervention on an intersex minor when the intervention has no medical necessity and can be avoided or postponed until the person can provide informed consent. However, in all cases, these bans have serious shortcomings, including that they include exceptions for certain conditions and do not provide universal protection.

The ban in IGM in Greece, is unique, in that in addition to banning surgical interventions, it also bans hormonal interventions that target intersex children – a key demand of intersex human rights organisations.

The work of Intersex Greece and other LGBTI activists in Greece is cut out now to have this legislation fully implemented. And the work of LGBTI activists across the European region is to push governments and policy makers to introduce and shore-up existing legislation to fully respect and protect the human rights of intersex people.

Intersex people exist in every country in the world. These Intersex Awareness Weeks, we reiterate that full autonomy over their own bodies from birth onwards is an inalienable human right for intersex people, and that like every individual, they deserve to live freely, safely and equally in our societies.

ILGA-Europe’s Rainbow Map of the legal situation for LGBTI people in Europe has a brand-new category: Intersex Bodily Integrity. It’s an essential expansion, because in across Europe and Central Asia, intersex people, and especially children, are still at risk.
read more
Report

Every year, ILGA-Europe publishes our Rainbow Map, charting LGBTI rights in 49 European countries. But we’re not the only benchmarking map on the scene. From sexual orientation laws in the world to inclusive churches in Europe, these charts depict the state of LGBTI rights and more across the world.
read more
News

We, along with EL*C, TGEU, and OII Europe, are working to prepare a short submission to The Parliamentary Assembly of the Council of Europe on the specific needs and struggles of LBTI women in sports, and are looking for your inputs to this submission by 31 January.
read more
Case Law

In response to Hungarian Prime Minister Viktor Orbán letter dated 5 May 2020, regarding to Article 33 of the proposed Omnibus Bill, 2020.
read more
Blog

“Sometimes it is necessary to speak clearly from a very personal or intimate point of view,” says intersex activist Ins A Kromminga, co-founder of OII Europe and illustrator of ‘#MyIntersexStory: Personal accounts by intersex people living in Europe’. The 15 beautifully illustrated, but often harrowing stories in this groundbreaking publication speak “a clear and frank language of things that are often hard to speak about”.
read more
Blog

How to be a great intersex ally

Even within the LGBTI community, intersex people continue to be overlooked, and that’s something we urgently need to change. Here are our top tips for getting on the right page and supporting the human rights of intersex people!
read more
Blog

Watch our video interview with passionate intersex activist, Audrey Aegerter of InterAction Suisse, the first of our ILGA-Europe members from across Europe and Central Asia who talked to us about the great work they’re doing.
read more
News

Today, after nearly a decade of efforts from trans and gender diverse activists and organisations, and their allies, the World Health Assembly approved the newest update to the […]
read more
Report

Press Statement: Today, on 14 February 2019, the European Parliament has adopted a landmark Resolution on the Rights of Intersex People. By adopting this resolution, the […]
read more
News

On 15 August, the Federal Government of germany adopted a draft bill on a third gender option. This bill is a missed opportunity to recognise […]
read more
Press Release

Urgent letter to the President of Portugal

Equality and full enjoyment of human rights for intersex people

ILGA-Europe aim to achieve equality for intersex people and ensure they are protected against human rights violations, discrimination and violence based on sex characteristics. ILGA-Europe […]
read more
Report

Standing up for human rights of intersex people

Report on gender discrimination in education and financial services

Joint contribution by ILGA-Europe, Transgender Europe and OII-Germany towards the European Commission’s assessment of the state of affairs vis-à-vis gender discrimination in education and the […]
read more
Subscribe to our newsletter
Subscribe
loading...