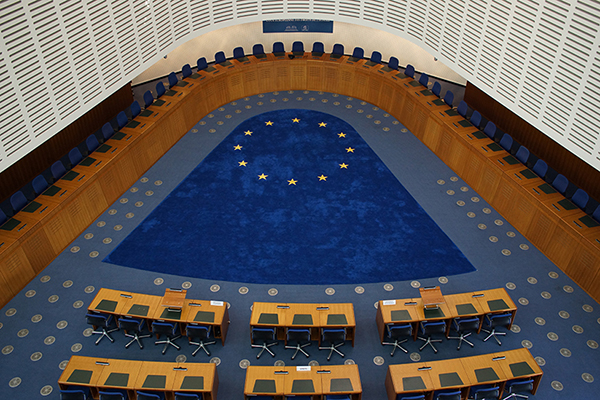 Today, the European Court of Human Rights found Lithuania’s failure to investigate online hateful comments against a gay couple to violate their rights to private and family life as well as being discriminatory on the ground of sexual orientation.

The landmark case of Beizaras and Levickas v. Lithuania originated after one of the applicants posted a photograph of him kissing his male partner on his Facebook page, which led to hundreds of online hate comments. Some were about LGBT people in general, while others personally threatened the couple. The applicants alleged that they had been discriminated on the ground of sexual orientation, on account of the public authorities’ refusal to launch a pre-trial investigation into hateful comments left on the first applicant’s Facebook page. They also argued that the Lithuanian authorities’ refusal to launch a pre-trial investigation had left them without the possibility of legal redress.

In a unanimous judgment, the Court found violation of Article 14 (prohibition of discrimination) of the European Convention on Human Rights, taken in conjunction with Article 8 (right to respect for private and family life), and Article 13 (right to an effective remedy).

The Court reiterated the authorities’ positive obligation under Article 8 to effectively investigate whether the comments regarding the applicants’ sexual orientation constituted incitement to hatred and violence. The Court considered that the failure to discharge such obligation was due to the “discriminatory state of mind” of the authorities. Accordingly, the Court held that it constituted violation of Article 14, taken in conjunction with Article 8 of the Convention.

The Court found that the statistics provided inter alia by the third-party interveners and ECRI’s report demonstrated a clear lack of willingness by the Lithuanian authorities to prosecute perpetrators. The applicants had been denied an effective domestic remedy in breach of Article 13 of the Convention.

Importantly the Court reaffirmed the right of individuals to openly identify themselves as gay, lesbian or any other sexual minority and the growing general tendency to view relationships between same-sex couples as falling within the concept of “family life”.

The Court’s judgment was informed by a third party intervention submitted jointly by the AIRE Centre (Advice on individual rights in Europe), ILGA-Europe, the International Commission of Jurists (ICJ) and the Human Rights Monitoring Institute (HRMI).

“Today’s judgment is ever more important in establishing State’s positive obligations in tackling hate speech against LGBTI people in Lithuania and across Council of Europe member States amidst the rise in hate in a number of countries,” said Arpi Avetisyan, Senior Litigation Officer, ILGA-Europe.

“The Court was clear that such ‘undisguised calls on attack’ on the persons’ physical and mental integrity require protection by the criminal law and public authorities must apply the law without discrimination. We hope this judgment will be implemented duly and promptly ensuring equality and safety for the LGBTI community in Lithuania.”

Robert Wintemute, Professor of Human Rights Law at King’s College London (UK) and co-representative of the applicants, said:  “I am very pleased that the European Court of Human Rights has sent such a strong message to national authorities across Europe that they must take anti-LGBTI hate speech seriously, and investigate complaints, even about a single hateful comment on Facebook, let alone one that LGBTI persons should be killed. .”

Tomas Vytautas Raskevi?ius, Member of the Vilnius City Council (Lithuania) and co-representative of the applicants, said:  “The European Court of Human Rights has concluded today that the Lithuanian authorities systematically fail in effectivelly responding to homophobic hate speech online. I am positive that this judgment will become a powerful entry point to start conversation with Lithuanian police, prosecutors and judges about the measures that we must take in order to encourage reporting and effectivelly tackle anti-LGBT crimes..“

According to Vladimir Simonko, Executive Director of Lithuanian Gay League (LGL), this case raises questions of considerable public importance about the nature and scope of the positive obligation of Member States under the European Convention of Human Rights (ECHR) to protect individuals from homophobic hate speech and incitement to violence.

“It is appalling that the Lithuanian Government were challenging the very fact that a civil-society organisation might also have a legitimate interest in the outcome of the applicants’ case, and thus questioning the fundamental role of non-governmental organisations in performing a “public watchdog” function in a pluralist, democratic society,” said Simonko.

According to Livio Zilli, Senior Legal Adviser & UN Representative  with the International Commission of Jurists (ICJ): “Among other things, the ICJ welcomes the Court’s finding in its judgment today that, as a result of their discriminatory attitudes towards the applicants’ sexual orientation, the authorities had denied them an effective domestic remedy in connection with their complaints about a breach of the right to private life under the Convention.”

Published in 2013 by the Lithuanian University of Educational Sciences and written by the late lesbian writer, Neringa Dangvyde Macate, the book was entitled ‘Amber […]
read more
Blog

Right now, as the war on Ukraine escalates, democracy, human rights and equality matter more than ever in Europe. In our submission to the European Commission’s annual Rule of Law report, we’ve identified key trends in the systematic attacks on the rights of LGBTI people across EU member states.
read more
Case Law

Commissioner for Human Rights, Dunja Mijatovic has issued a powerful comment, clarifying that LGBTI people are being used as a political pawns by ultra-conservative leaders in more and more European countries, and that in turn the human rights and freedom of everyone are being undermined. Here’s what she had to say.
read more
Blog

Throughout 2020, LGBTI activists have been harassed, intimidated and threatened by well-known far right groups in Ukraine, while police and local authorities turn a blind eye. Here is activist Anna Sharyhina’s alarming story, and how you can lend her and other LGBTI Ukrainian activists your support.
read more
Blog

Poland has reached a dangerous boiling point in its state-driven discrimination against LGBTI people. The first episode of ILGA-Europe’s podcast, The Frontline, goes behind the scenes to talk about a way forward for LGBTI activism in the country. Here’s what it’s all about…
read more
News

We call on Turkey to respect, guarantee, protect and fulfil the fundamental rights of the LGBTI community without discrimination as enshrined by its Constitution and equality article therein (article 10), and ratified by human rights treaty bodies.
read more
News

What can be done to support the LGBTI community in Poland regarding the hate stirred through the “LGBT-free zones” and the threat to bring the authors of the Atlas of Hate to trial?
read more
Blog

While this week Switzerland made hate speech illegal against people based on their sexual orientation, in 2019 one of the trends observed in ILGA-Europe’s Annual Review is a sharp rise in on-and-offline anti-LGBTI hate speech, often from political leaders, across Europe. As our Executive Director, Evelyne Paradis, recently shared at the Google Online Safety Summit, “LGBTI communities need to know that perpetrators of violent speech will be held responsible”.
read more
News

In what is seen as a first legal victory for LGBTIQ rights in Kazakhstan, the Central Asian country’s Supreme Court has overturned a decision by […]
read more
News

On 28 November 2018, the swiss Senate of voted to criminalise hate speech and discrimination on grounds of sexual orientation, but refused to do the […]
read more
Press Release

In recent days, Armenia’s LGBTI community has been seriously failed on multiple occasions by national authorities after concerted attacks by conservative groups. This is a grievous […]
read more
Case Law

Minasyan and others v. Armenia

The UN Independent Expert on protection against violence and discrimination based on sexual orientation and gender identity, Victor Madrigal-Borloz, has published his first report. The […]
read more
Case Law

Alekseyev and Others v. Russia​

Concern over Elósegui appointment to European Court of Human Rights

ILGA-Europe and other NGO’s express concern over revelations about newly elected judge at the European Court of Human Rights, María Elosegui’s homophobic and transphobic publications and […]
read more
Case Law

Position on combating homophobic and transphobic speech and prohibiting incitement to discrimination, hostility or violence

ILGA-Europe’s position is based on international human rights standards. It respects the principle of indivisibility of human rights and establishes no hierarchy between rights and […]
read more
Report

Meeting the challenge of accession