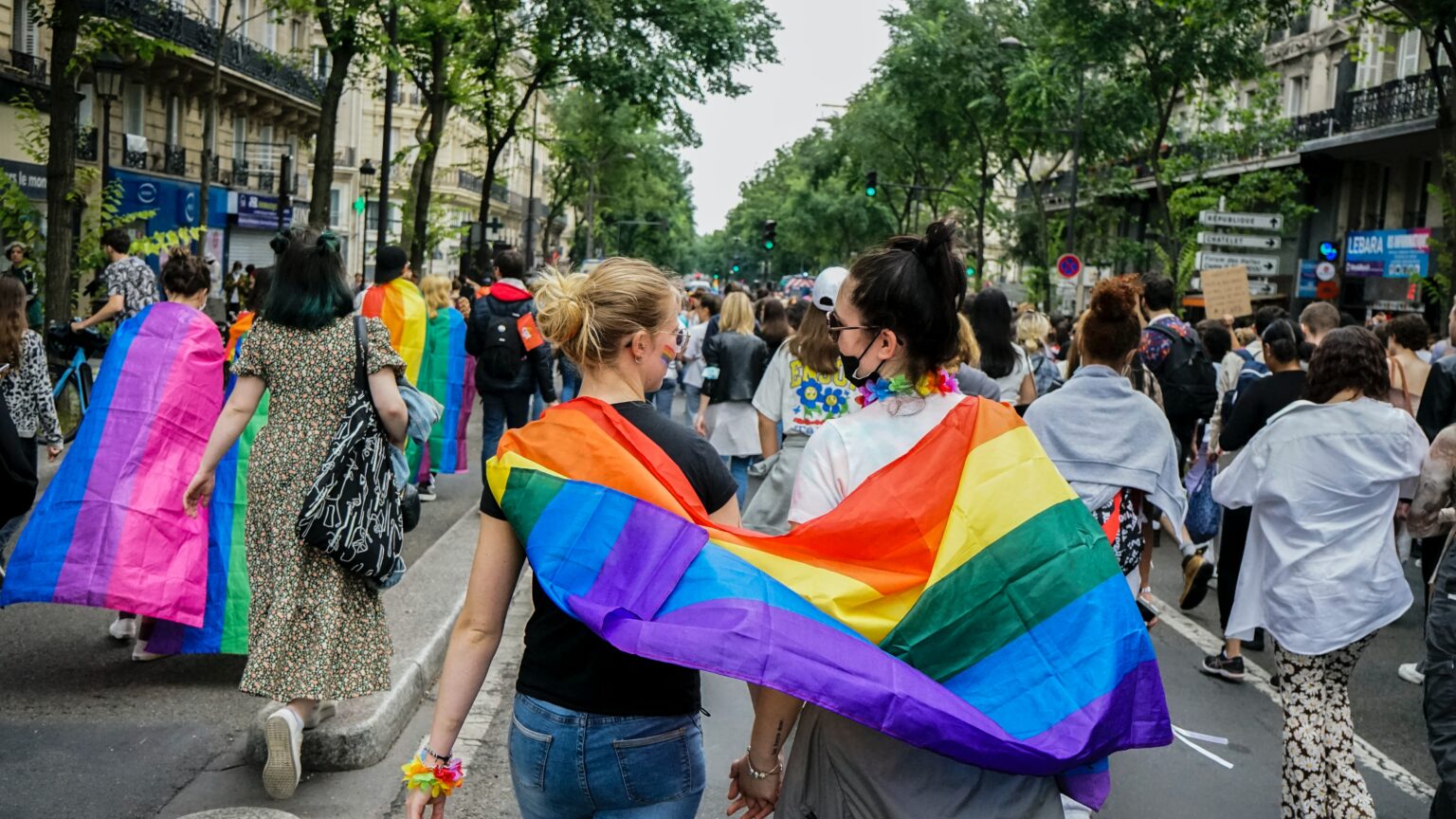 Our Annual Review of the human rights situation of LGBTI people in Europe and Central Asia shows that there have been two very different sides to the story in 2021. Read on to find out how come.

The scapegoating of LGBTI people for political gain is happening across Europe. In fact, for the third year in a row (see here and here), we’ve reported an enormous rise in anti-LGBTI speech from politicians and public representatives. And it’s not just in the usual suspects, Hungary and Poland. Politicians across the region are demonising LGBTI people, and this has led to a wave of anti-LGBTI violence in the streets of Europe.

However, this is just one side of the story. In the face of hate-speech from leaders who want to distract from their own failings and corruption, our Annual Review shows that there has been an unparalleled allied determination to tackle hatred and exclusion in many countries and at European level. National courts, EU institutions and more have been doing an extraordinary work to better protect the rights of LGBTI people throughout 2021, and this is a trend we want to see more of in 2022.

ILGA-Europe’s Annual Review of the Human Rights Situation of LGBTI people in Europe and Central Asia documents legal, political and social developments affecting LGBTI people and communities in 54 countries and four European institutions over the past calendar year.

The publication includes events that occurred between January and December 2021. It provides a snapshot of what happened during the year, at national, regional and international levels, and it documents progress and trends regarding the human rights situation of LGBTI people.

1. A severe rise of anti-LGBTI rhetoric from politicians

There was hate-speech from politicians targeting LGBTI people in at least 22 countries across Europe. A particular low point came on June 15, with Hungary’s introduction of legislation introducing a ban on the “portrayal and the promotion of gender identity different from sex at birth, the change of sex and homosexuality” for persons under 18.

2. Violence against LGBTI people was rife, and in every country

3. Rainbow flags were burned, torn down and desecrated

The rainbow flag was created in 1978 as a symbol of the unity and diversity of LGBTI communities. However, in 2021, it was instrumentalised as a symbol of division between supporters and detractors of LGBTI people. In the months following UEFA’s prohibition of Munich’s stadium being lit up in rainbow colours during the European Football Championship in June, in support LGBTI people in Hungary, the rainbow flag was desecrated in countries other than those where we’ve reported such activity, including Germany, Ireland, Italy, Netherlands, Norway, Finland and Spain.

A 14-year-old girl in France took her own life after years of lesbophobic and Islamophobic bullying. Over half of LGBTI students in Denmark had suicidal thoughts or self-harmed, while 82% of LGBTI students in Northern Ireland thought of suicide. 80% of LGBT students feel unsafe in school in Ukraine and 40% missed school only this past month because of this. These are just some of the reported cases and figures.

The Spanish government adopted its draft LGR legislation this year, setting out self-determination for those 16 or over. As the legislation was debated across the media, there was a spike in anti-trans rhetoric, including from politicians and members of government and a rise in anti-LGBTI hate crime.

1. Public support for LGBTI people has never been stronger

It is clear that state-sponsored anti-LGBTI rhetoric and legislation is not matched by public opinion. For example, in Hungary, polls show the public sees the new legislation as a political tool. 73% of Hungarians reject the government’s false claim that gay and lesbian people abuse or harm children. 74,5% of Hungarians believe that transgender people should be able to change their gender and name in their official document, while 59% support same-sex marriage.

Young LGBTI people and their peers mobilised in several countries along 2021. In Norway, 14-year-old students in eighth grade organised the first Pride in their town. In Ukraine, hundreds of LGBTI young people held a six-hour rave outside the president’s office demanding comprehensive hate crime legislation.

National human rights institutions (NHRIs) and courts in many countries have done a strong job protecting the rights of LGBTI people. Many LGR denials were overturned in Hungary, while Bell v. Tavistock, the case before the Court of Appeal on the question of whether puberty blockers could be prescribed to under-18s with gender dysphoria, was quashed in the UK. Several countries issued fines and prison sentences over hate speech and hate crime incidents. The courts in Turkey ruled against the conviction of students for taking part in the METU Pride march, in a case that had lasted for over two years.

Several positive judgments were delivered this year at the European Court of Human Rights on hate crimes, freedom of assembly, legal gender recognition and family rights. The Court of Justice of the EU ruled in the case of baby Sara, the daughter of Bulgarian and British lesbian parents, that if one EU country recognises a parental relationship between a child and its parents, then all member states should, in order to give the child its right to freedom of movement. The court said baby Sara should be issued a Bulgarian passport, and her family should have free movement in all member states of the EU.

5. The European Parliament actively supported LGBTI people and their rights

6. The European Commission made a very powerful commitment

By far the strongest commitment to LGBTI human rights from European Union level came when the Commission in July opened landmark infringement procedures against both Hungary and Poland. The procedures against Hungary concern the censorship of a children’s book portraying LGBTI characters, and the anti-LGBTI legislation that entered into force in June. The procedures against Poland concern a refusal to clarify whether LGBTI people are discriminated against in the labour market in the country’s so-called ‘LGBT Free Zones’.

A report from the leading LGBTI organisation in Europe finds that amid a rise in official anti-LGBTI rhetoric fuelling a wave of hate crime in every country in Europe, there is a growing institutional resolve to tackle hatred and exclusion.
read more
Blog

Anti-LGBTI attacks in your country: Our A-to-Z of hate-crime across Europe and Central Asia

In ILGA-Europe’s latest Annual Review, we’ve reported anti-LGBTI hate crime in almost every country we represent. From Finland to Turkmenistan, a wave of violence, fuelled by the rise of anti-LGBTI rhetoric from politicians and other leaders in 2021, has arisen. Read on to find out what happened in your country.
read more
Subscribe to our newsletter
Subscribe
loading...