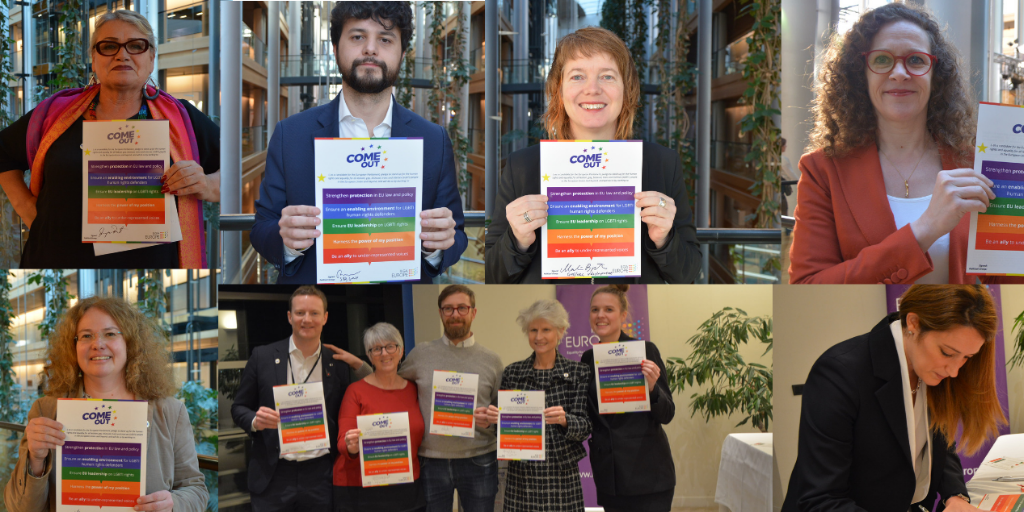 Today, as Europe faces a social and political climate of uncertainty and polarisation, ILGA-Europe formally launches ComeOut – our campaign for the 2019 Eu elections.

From 23 – 26 May, the public will vote in Members of the European Parliament (MEPs), who over the next five years will act as the voice of more than 500 million Europeans.

The very core values on which the EU is founded – respect for human dignity and human rights, freedom, democracy, equality and the rule of law – are being called into question.

Human rights – in particular, those of LGBTI people – are facing a forceful challenge.

The time for an EU that defends its own values is now.

ILGA-Europe seeks to unite the voices of fellow civil society organisations, activists and the public at large in our call for a Europe that defends all human rights.

We are asking MEP candidates to sign our ComeOut pledge publicly, committing them to:

“While the legal and policy situation for LGBTI people has progressed in some areas of Europe, backlash and backsliding have occurred in others – largely as a result of stagnation,” commented ILGA-Europe’s Executive Director Evelyne Paradis.

“We urgently call on candidates for the European Parliament to step up against the current threatening wave of populism and extremism, and make a commitment to protecting, supporting and empowering the citizens they represent, and their fundamental rights.”